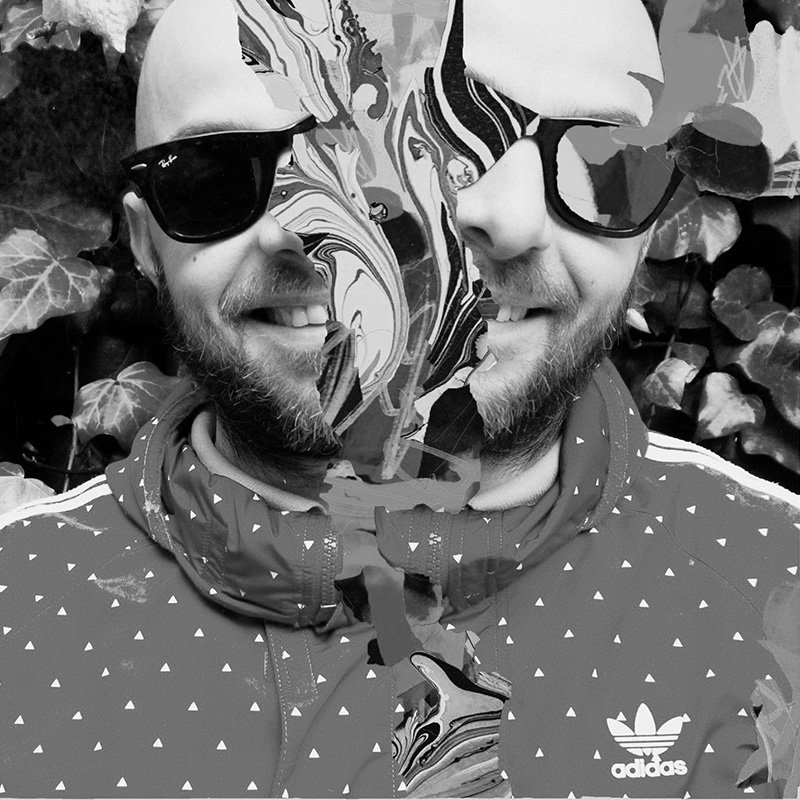 Clap! Clap!, aka Cristiano Crisci, is an internationally acclaimed producer and performer. One of Italy’s brightest new talents, Clap! Clap! brings together disparate inspirations and styles onto the dancefloor of his mind. His music has been supported by Gilles Peterson and featured in GTA V, Boiler Room, Ninja Tune’s Solid Steel mix series, and the FABRIC mix CD series. He has performed his energetic live shows across Europe and Japan and produced for Paul Simon. Born and bred in Florence, Crisci began his career in the mid–1990s as a rapper before picking up the saxophone and performing both jazz standards and jazz/punk fusion with Trio Cane. In 2004, he returned to electronic roots with A Smile For Timbuctu, playing synthesisers, releasing four albums, and performing across Europe. By 2008, Crisci decided to strike it out on his own with the Digi G’Alessio project, channeling the same energies as the Los Angeles beat scene. Following a string of EPs and albums under the name, Crisci hit upon a new formula with the Ivory EP, combining samples from the African continent with energetic drum programming. The EP led to the birth of Clap! Clap! in 2013. The stripped-back, high- energy yet inventive sound caught the attention of British label Black Acre with whom Crisci has been working since. Clap! Clap!’s music is a unique blend of global dance and timeless sounds drawing from nature, traditional music, field recordings and the electronic savvy of modern centres like Chicago and London. At its core is the inspiration of everyday life, what Crisci calls “the search for new flavours.” This approach anchors Clap! Clap!’s debut album, 2014’s Tayi Bebba, the soundtrack to a tour of an imaginary island. Paul Simon discovered the album through his son, calling it “a masterpiece” and leading him to approach Crisci for help with his latest album, 2016’s Stranger To Stranger. In the end, Crisci provided additional production to three album tracks alongside Simon and Roy Halee. Following hi swork with Paul Simon, Crisci completed his second album as Clap! Clap!, A Thousand Skies. With a softer sound, the new record is a mix of Crisci’s career to date combining samples and live instrumentation from Crisci and collaborators such as South African folk singer Bongeziwe Mabandla, John Wizards, and OY. As with his debut, the album is anchored by a story — this time of a young girl’s journey through the stars — which completes the work. “I like to write what the music gives me when I listen to it,” Crisci explains. With a passion for history and the sounds that surround us, Crisci is a unique electronic artist capable of both channeling the energy of the moment and the intricacies of where we come from to create music that can soundtrack where we’re going.